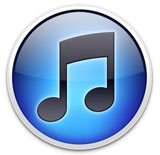 Data compressed using Apple Lossless format files are stored in MP4 containers with .m4a extension. Despite the fact that Apple Lossless has the same file extension, like AAC, it is not AAC, it is similar to other lossless codecs like FLAC.

According to our tests, the compression ratio for ALAC is approximately 40% to 60% of original size, depending on the type of music, like other lossless formats. In addition, the speed with which it can be decoded, making it useful for devices with limited computing resources, such as an iPod.

October 27, 2011, 7 years after initial release, Apple decided to open the source code of the codec and now they are available for download on the official website of the project.