Mixing voice and music during recording

Most people think mixing is complicated. It requires a mixing studio, a mixing console and a sound editor. Well, that's fair enough if you want to produce a platinum record. Meanwhile, for YouTube or Ticktock videos, you can do it without specialised equipment. All you need is voice recording software, an audio player, a sound card and a decent microphone. For example, you want to mix your voice from a microphone and a backing track. There's a similar "voiceover" sound effect in any sound editor. Why not do it in real time? This guide will help you do it without any extra cost.

Alas, the Windows Voice Recorder will not work as it does not allow you to select any recording source other than the microphone. If your recorder allows you to record from Speakers, you can use it. Otherwise, download and install a well-proven recorder from our website.

I'm sure there will be no difficulty at this stage. You can use any media player, such as Winamp, Windows Media Player, AudioRetoucher or others. It would be nice if your media player could slow down the music or change its pitch to create simple effects. But you'll figure that out later.

I guess that the microphone is already connected to your sound card. In any case, make sure it is enabled.

4 Set up the software

First of all, you must start the recorder and select a recording source. On all modern versions of Windows this will be "Speakers". In older versions of Windows, this input was called "Stereo Mix". These settings will allow you to mix the sound from the microphone and the audio player and control the result by ear. 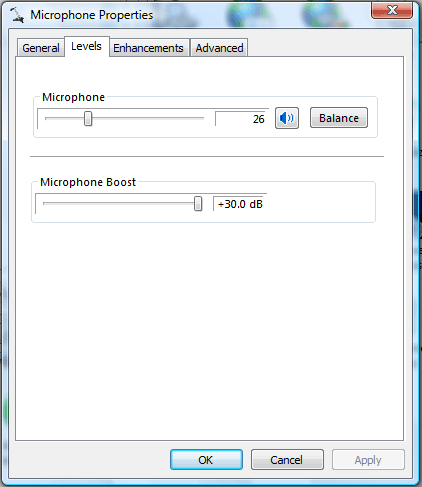 5 Set up the soud card

Now the most important step, without which nothing else matters. You need to enable mixing of selected sources at sound card level. Since you can already hear sound from the player, you need to redirect the sound from the microphone to the Speakers. You can read about it at the above link or simply set up the Microphone as shown in the screenshot. 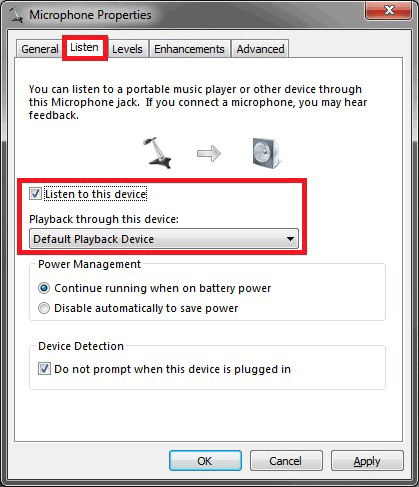 Are you ready to make the first test recording? Fine! Start playback in audio player, click the Record button in voice recorder and perform the song.

After recording finished you can playback it and if you not satisfied then go to the step 4 and change your setup.